A Cretan Odyssey | Part 3 – The Paradise Pool on Mirabello Bay

The weather in Crete was peculiar for the summertime. We basked in sunshine most of the time, but always looming close by, like the sword of Damocles threatening to unload itself on our holiday, were dark clouds foretelling of dramatic thunder. Perhaps we should not have been surprised – Crete is the birthplace of Zeus after all, so why shouldn’t he be able to throw a thunderbolt or two down on his homeland, just for reasons of pure nostalgia? Hugging Poseidon’s coast seemed to protect us from Zeus’s sport, but as we drove deeper into the mountains, our encounter with storms was guaranteed. It was under one such dramatic downpour, and having traversed the island from Chania in the West to Agios Nikolaos in the East, that we arrived into the lush, humid valley of our new location near Istron. What we found there may have been wet (but perfumed by the utterly, verdantly fresh fragrance characteristic of post summer rain), but as we arrived at our villa and home for the remainder of our holiday, we knew that we had arrived in paradise. 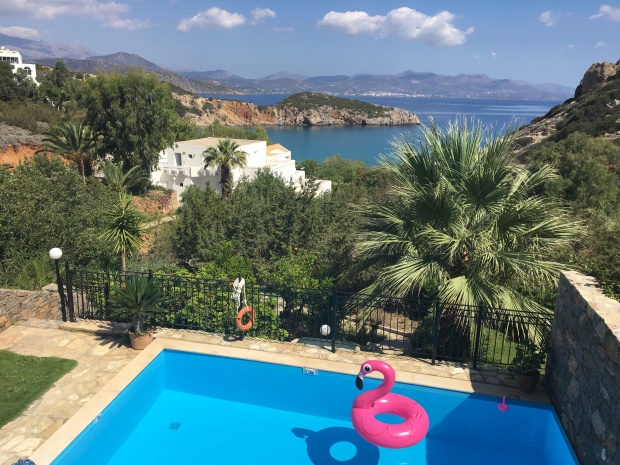 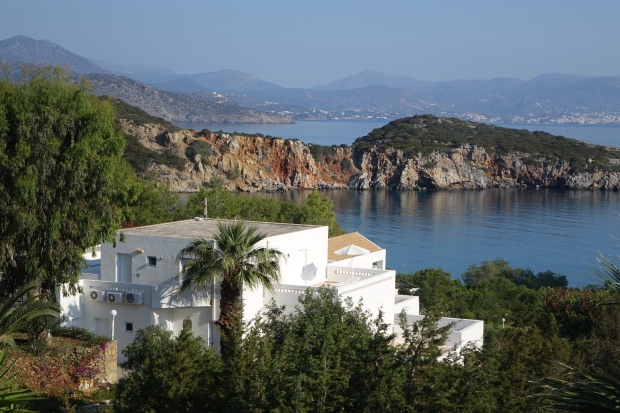 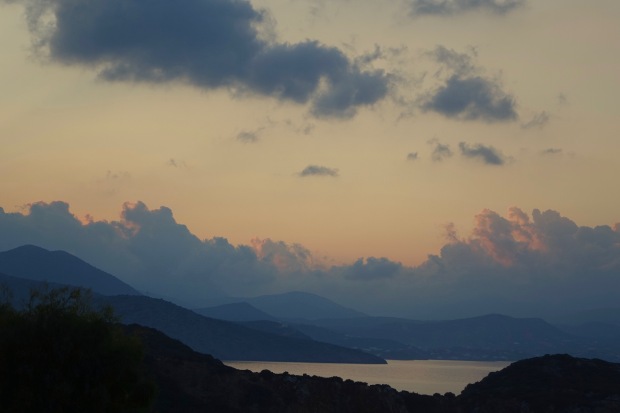 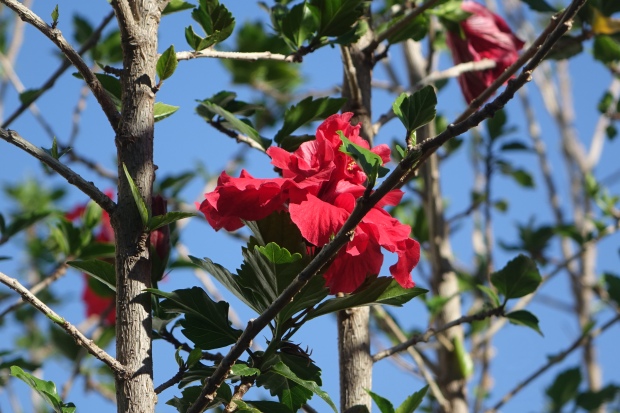 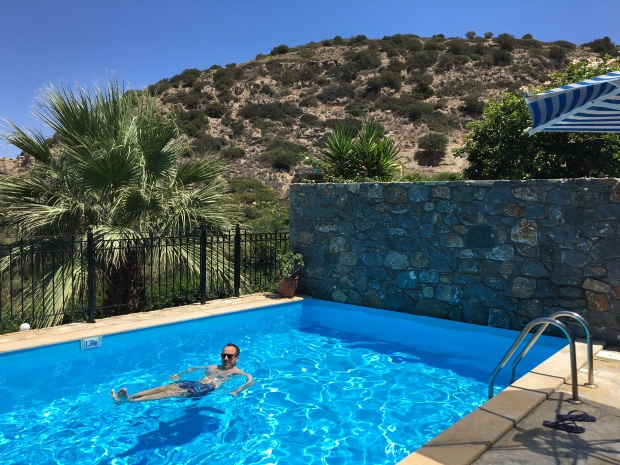 A little self-contained house on two floors with lounges upstairs and down looked onto the most incredible views over Mirabello Bay. There was an indication of other villas nearby, but the lush vegetation meant we felt utterly secluded in this mountainous Elysium… and as we were to learn, the nearby villas were sparsely occupied. But best of all was our pool. 4 by 6 metres of joyous, turquoise happiness all to ourselves. We could swim by day, we could swim by night. It was like a painting by Hockney come alive for our sole and exclusive enjoyment.

Before we could even unpack our beachwear, we inflated our must-have flamingo inflatable, as well as his baby (niftily designed to hold a drink). Ian Flemingo, as he became known, was a welcome point of additional colour in a landscape which we gazed over in awestruck wonder every morning, lunch, night, dusk and dawn during the four days that followed. And when we had had enough of our pool (not that we ever truly could), it was a mere 5 minute stroll down the lane to the private beach of the swanky hotel in whose grounds our villa was located. The beach, like the valley, was like a mythical paradise to behold…but more about that another day. 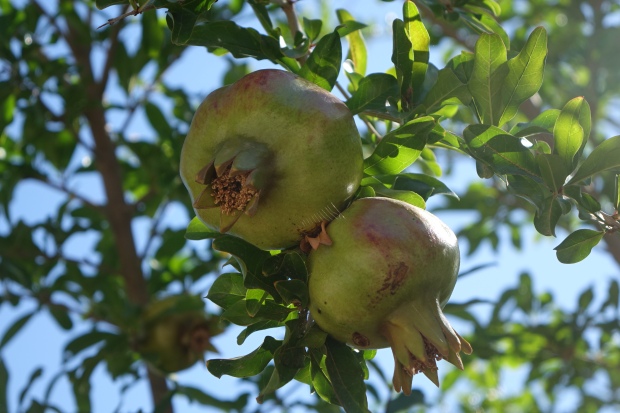 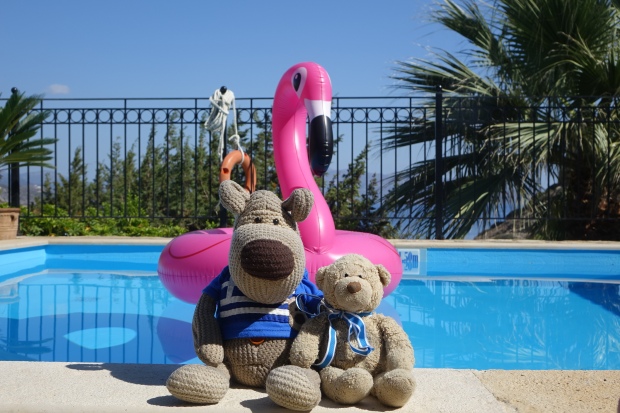 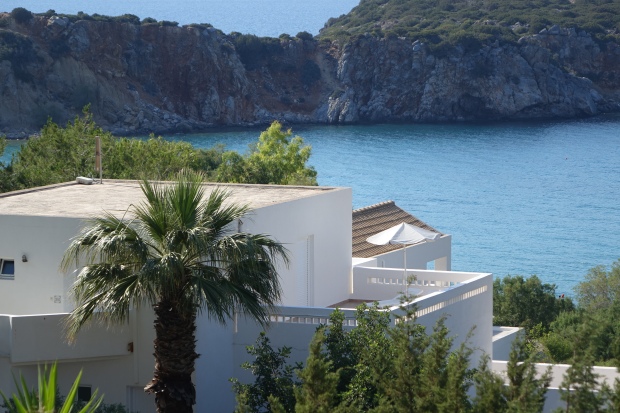 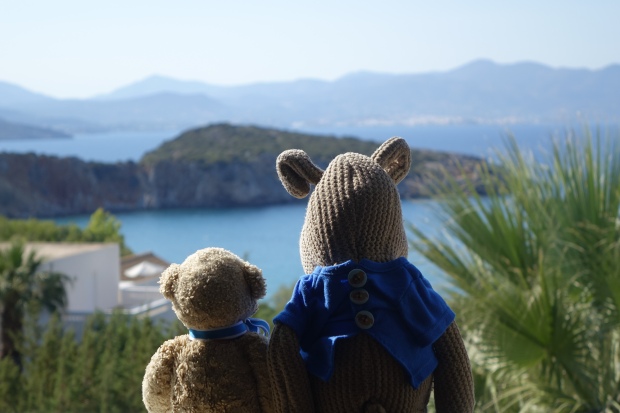 In the words of Coldplay, this was para…para…paradise, and the dazzling, sparkling cerulean rectangle of happiness that was our pool played centre-stage.