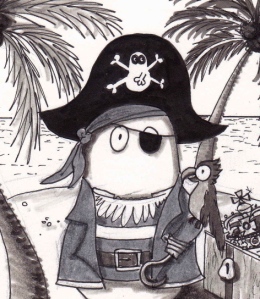 As Pirate Norms go, Captain Normook the Grizzly is pretty cheesed off. He used the be the big wig. The hook armed Captain of the Pirate Norms who had waged wars on soldiers and sailers, merchants and mermaids around the seven seas, stolen treasure aplenty, sold it and drunk his way into oblivions fantastic. No one crossed him, all were in awe, and only his parrot dared to answer back.

Imagine his displeasure then when this summer, suddenly all those who were in awe of him, afraid of his authority  and most of all of his ghastly sharp hook, started to rebuff him altogether. Hook for hand? That no longer impressed. Once his fellow pirate Norms caught sight of the brilliant Paralympic Norms in a newspaper discovered somewhere in a Coca-cola bottle floating around somewhere in the South Pacific, they suddenly realised that a hook for an arm was nothing – these Paralympians had lost their bounce and for countering that they deserved real respect. Thus it was that one afternoon, after far too many rum cocktails on the island of Hoopalulu, Captain Normook the Grissly was deserted by his own crew and left only to his treasure and his parrot and a few measly palm trees. 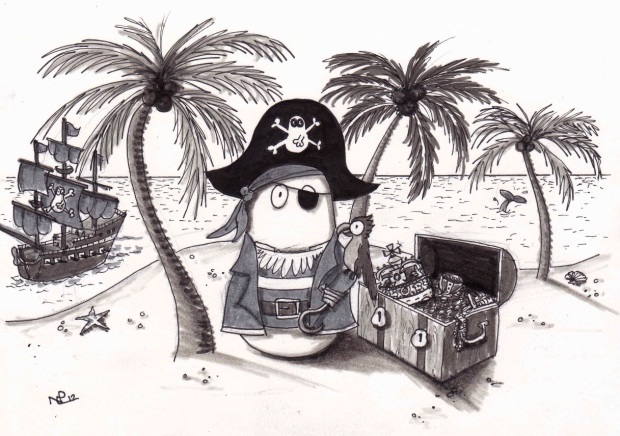 Let this be a lesson to you… complacency killed the cat… or something like that (appropriate adage wanted – answers on a postcard please).