The Daily Norm’s Photo of the Week: The surprising beauty of the Spider 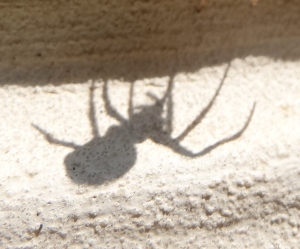 Spiders aren’t exactly the most popular creatures in the world. Of the many millions of people around the globe who cannot stand these creepy eight-legged arachnids, I am but one of the number. My inherent dislike for the little beasts grew all the worse when, in my bedroom as a teenager, I felt something crawl across my face during the night in a state of semi-consciousness, and when I turned on my light found the blackest, biggest of evil spiders sitting on the pillow next to me. Eugh, my skin crawls now thinking about it.

And yet when a spider is at arms breadth, and when you know exactly where it is (and therefore no nasty surprises creeping down your neck) there is something quite aesthetically beautiful about the spiders very symmetrical body, in its gangly, angly long-legged way, something which was perhaps proven most obviously by the artist Louise Bourgeois and her masterful larger-than life spider sculptures (my favourite being the one that is (or was at any rate) outside Frank Gehry’s stunning Guggenheim in Bilbao).

However what really captured my attention when I saw this rather gruesome spider on the side of the lavish garden swimming pool at the Hotel Particulier in Arles was not the spider herself, but the beautiful shadow cast diagonally from her body. Seen as a flattened single-toned image, the shadow made me appreciate the beauty of the spider’s shape in a way which I hadn’t properly noted previously. Its angular legs coupled with its round body, a creepy image but also something quite architectural, even floral. And that is why the photo I took is The Daily Norm’s Photo of the Week.

and another in Avignon